The Evolution of the Conscious Consumer

When Brooklyn resident Melissa Hinnen goes grocery shopping, the most important dollar amount she’s looking for isn’t the price of her lettuce. It’s the wages of the person who stocked it on the shelf, the driver who delivered it to the store, and the farmworker who grew it.

“When workers don’t make enough money to buy food or medicine, it just doesn’t work, and it’s so unfair,” she says. “It’s not a system I want to contribute to.”

Hinnen, who is 49, started researching the business practices of several large retail stores that focus on convenience about 15 years ago. She made a list of companies that, in her assessment, don’t support living wages for their workers or suppliers. To this day, she refuses to spend her money with any of them.

Times and tactics have changed, but Hinnen’s instincts aren’t new: In the 50s, shopping and spending were considered a patriotic way to prop up the US economy after years of economic depression and war. The modern shopper’s sense of civic duty has evolved to be less about “saving America” and more about mindful consumption that’s good for communities and good for our planet. Nearly half of consumers surveyed in 2019 said they’d pay more for sustainable products, and Gen Z respondents say they’d pay 50–100% more for a sustainable product.

Over the years, the identity of the conscious consumer has evolved to affect what they buy, their influence over other consumers, their brand loyalty, and even the employers in which they’re willing to invest their time and talents.

The Conscious Consumer as Citizen 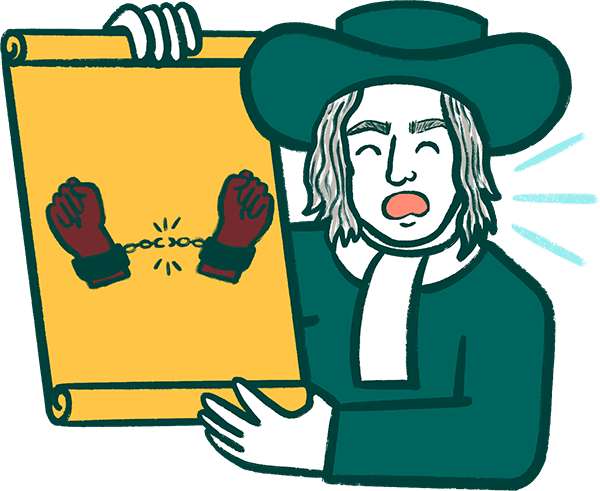 Consumers have been leveraging their purchasing power for centuries. As early as 1767, a movement emerged encouraging American women to “love your country much better than fine things” and shop local to support the Revolution. Quaker abolitionists refused to buy goods produced by enslaved people in the 1840s. And the Montgomery Bus Boycott of the 1950s paved the way for the end of segregation laws and the beginning of the American civil rights movement. By the mid-1900s, the concept of voting with your dollar was making its way into academic publications.

A new age of conscious consumerism began as American consumer choices expanded to include sustainable products, giving people the opportunity to buy in the better interest of others. The fair trade movement began in the United States when nonprofit Ten Thousand Villages started purchasing needlework from Puerto Rico. The first official fair trade shop in the US was established in 1958. 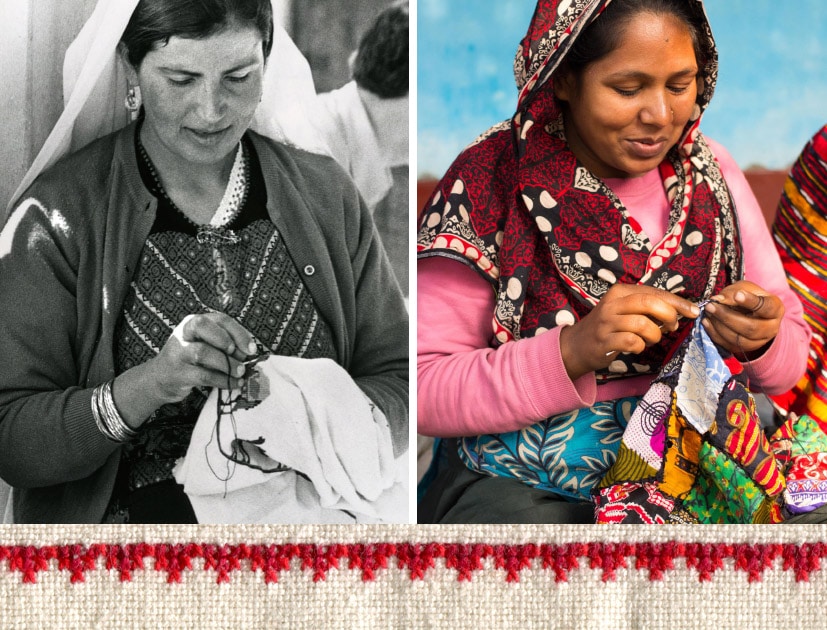 Today, an entire economy has developed around sustainable products:

5.6x Sales of products marked as sustainable grew 5.6 times faster from 2013 to 2018 than conventional products.
$150b Neilsen expects the market for sustainable products to reach $150 billion by 2021.
25x The resale market grew 25x faster than retail last year. 64 million people bought secondhand in 2019.
72% 72 percent of respondents in an Accenture survey said they're buying more environmentally friendly products than five years ago; 81 percent expect to buy more over the next five years.
47% In a 2019 survey, 47 percent of respondents said they would pay more for a sustainable product.
65% Shoppers who are told others are buying eco-friendly products are 65% more likely to buy one.

When Keith Dixon stops by his local Harlem bodega on his way home from work or spends time with friends, he is committed to spending his money with Black-owned businesses. As a 34-year-old white male living in a predominantly Black neighborhood, it’s important to him to support companies that have roots in the neighborhood and cater to the residents whose families have lived there for generations.

“In college, I started studying the reality of systemic issues. After moving to Harlem, I saw some of the challenges faced by communities of color come to life,” he says. “It’s important for Harlem to remain a hub of African-American culture. I know that how I spend my money matters, so at times, I’m willing to sacrifice convenience to support the community.”

The Conscious Consumer as Activist 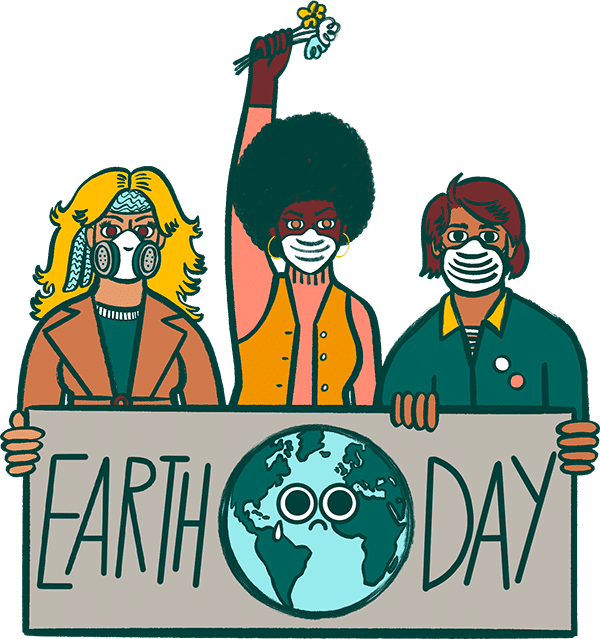 “It really started with friends and social media,” she says. “We made some digital flyers and started sharing information about the environment.”

Duerden and her friends continue to spread awareness about the environment through their work. “In my art, I focus on ocean scapes. Five percent of all my profits go to Parley, a nonprofit that focuses on cleaning up the oceans.”

Conscious consumerism and activism began intertwining long before Duerden was posting about ocean plastic on social media. But as the world has become more interconnected and communication between consumers has evolved, each person’s ability to influence what other people buy through activism has grown.

The environment has long animated consumer activism. An early impetus for this was the devastating 1969 Santa Barbara oil spill. “It was the first oil spill that was televised and brought into everyone’s homes,” said California State University environmental studies professor Sean Anderson to the VC Star. “It really was a visceral experience for folks, even for folks that weren’t from Santa Barbara or Ventura.”

The disaster helped lead to the first Earth Day held on April 22, 1970, which alerted everyday consumers to the dangers of the oil and gas industry they relied on in their daily lives. 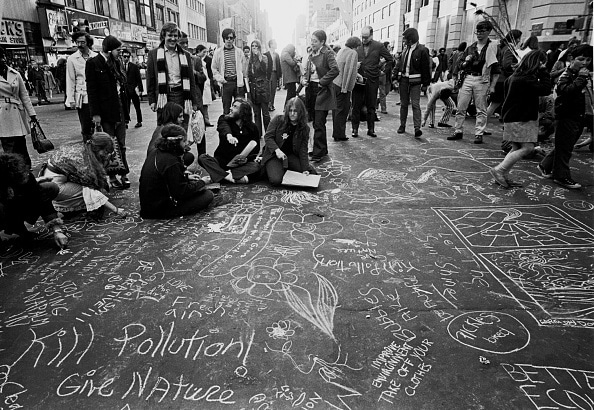 Fifty years on, consumer activism is stronger, savvier, and more organized. The rise of social media has accelerated the trend by giving consumer activists powerful organizing platforms. Sleeping Giants was born as a social media-based campaign in response to the 2016 US presidential election. It encourages consumers to boycott brands advertising on media outlets the founders say disseminate misinformation, racism, and sexism. Reportedly, hundreds of advertisers have responded to consumer pressure organized by Sleeping Giants.

“Google Trends showed a 300 percent spike in searches for: How to find Black-owned businesses in your area. ”

Boycotts aren’t the only ways the consumer’s identity as a buyer intersects with the consumer activist. During the height of the Black Lives Matter movement in 2020, Google Trends data showed a 300 percent spike in searches for “How to find Black-owned businesses in your area” in the US. While individual consumer demand to support Black businesses grew, the 15% Pledge emerged, a nonprofit that empowers consumers to call on retailers to dedicate 15 percent of their shelf space to Black-owned businesses.

The Conscious Consumer as Brand Loyalist 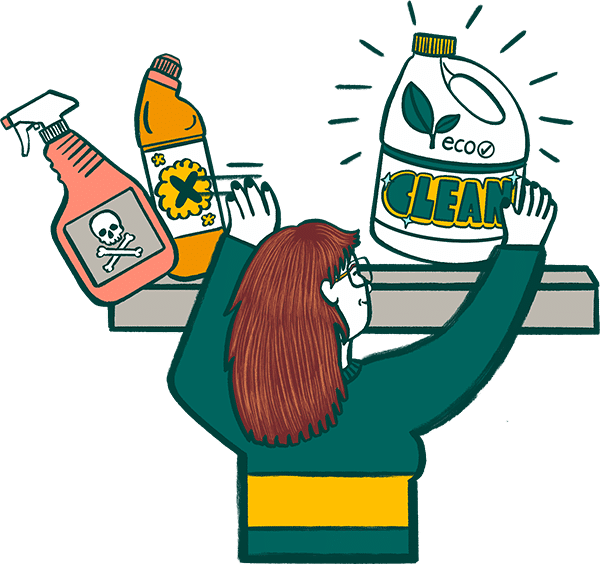 As interest in sustainability grew, increasingly knowledgeable conscious consumers began to look beyond the environmental and social impact of products and at the brands behind them. They began to demand that companies commit to and provide evidence of their sustainable policies and practices, from fair labor standards for their own employees to their organization’s carbon footprint.

Companies that didn’t live up to their sustainability claims helped give rise to the term “greenwashing,” coined in 1986 by environmentalist Jay Westerveld. The word not only described, but also helped raise consumer awareness of, dubious environmental claims. The brands that have adopted transparent and meaningful sustainability practices frequently earn the business of consumers who don’t just love their products but are loyal to the brand.

The concept of brand loyalty is nothing new: Consumers have been Coke people or Pepsi people for decades. But whereas brand loyalty was previously based on little but marketing psychology (particularly in the case of Coke and Pepsi), a brand’s commitment to environmental and social good has given conscious consumers something substantial to love. And they do love it: According to a 2017 survey, 90 percent of millennials will buy from a brand if they believe their social and environmental claims; 95 percent say they’ll refer friends and family. 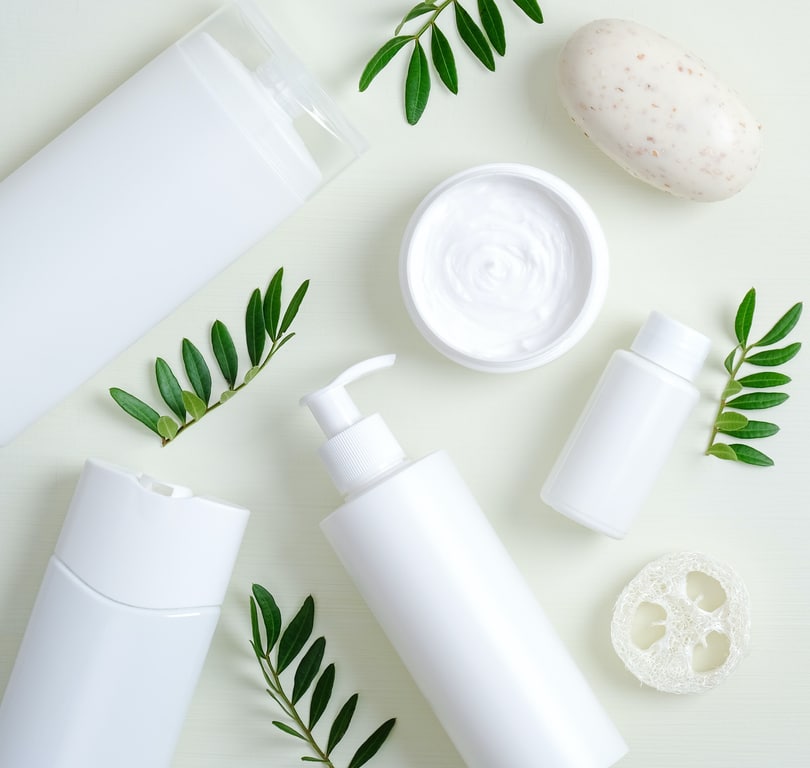 Consumers ranked sustainability the second most important factor in determining their customer loyalty after quality in a 2019 survey.

The resilience of Certified B Corporations in tough economic times demonstrates the power of earning that loyalty. B Corps, which balance profit with societal benefit, were 64 percent more likely than other businesses to survive the 2008-09 recession.

“What we’ve really seen over the last 15 to 20 years is the shift toward looking at a whole company—a really comprehensive evaluation of a brand. And that is what is breeding loyalty,” says Jenn Swain, Global Senior Sustainability Manager for snowboarding company and B Corp, Burton. “It’s no longer about the product—it’s the expectation that a company, on the whole, is taking action that has positive impacts for people and the environment.”

The Conscious Consumer as Talent 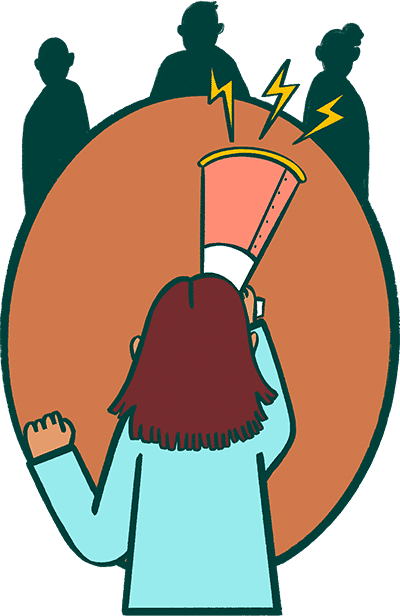 Employers haven’t historically considered their employees as consumers, but the conscious consumer mindset is changing that. A 2019 survey found that half of all respondents and three-quarters of millennials would accept a smaller salary to work for an environmentally responsible company—and more than 70 percent said they’d choose an employer with a strong environmental agenda. In a competitive talent market, the onus is on businesses to meet those demands.

Once hired, employees hold a great deal of influence over their employers. According to Quartz at Work, four in 10 American workers consider themselves activists, having spoken up against or in support of their employer’s actions related to social issues. Examples include Walmart employees’ 2019 walkout protesting gun sales and Wayfair employees’ walkout to protest the company’s sales to Texas detention centers the same year. These actions look like, feel like, and aim for the same outcomes as consumer activism. 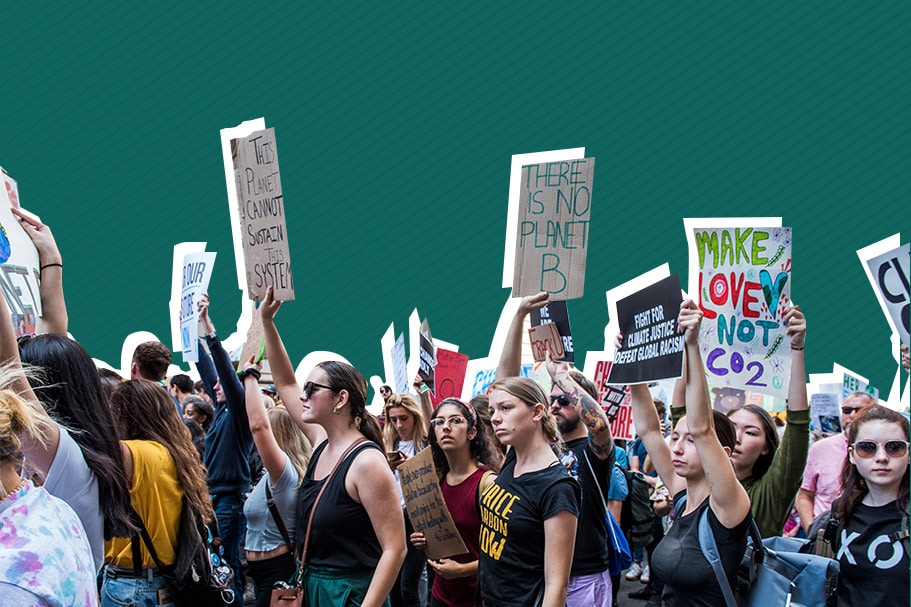 In September 2019, more than 3,000 tech workers in Seattle staged a walkout to protest Amazon’s inaction on climate change.

“Employees have a voice today that they never did in the past,” says Susan McPherson, CEO of communications consultancy McPherson Strategies. “You now have employee resource groups that are galvanizing companies internally. Many of them own stock in the company that they work for. So they have power.”

That power will likely continue to grow. Employee activism is on the rise, especially among millennials. The demands of the American consumer are now channeled through a wide range of industries—even those that aren’t consumer-facing—through the voices and actions of employees.

While conscious consumers once had to dig to uncover brands that align with their values, today, there are resources to help connect people to brands they want to support.

As the identity of the conscious consumer continues to evolve, their expectations for everyone they do business with will evolve as well. Early on, thinking about the impact of a purchase was a big change for many people. Today, consumers not only think about it, they’re educated on it; they understand supply chains, expect transparency from brands, and demand continuous improvement around sustainability.

And those evolving expectations are extending beyond the consumer products industry. Many consumers now realize how banks may be spending their money to support actions that harm the environment. In 2019, banks across the globe contributed more than $735.6 billion in financing for fossil fuel companies.

Increasingly, conscious consumers will be interested in working with banks that invest sustainably. 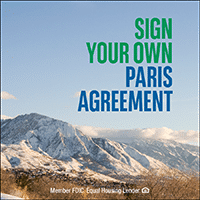 And that’s just one way those who care about the effect their money and resources have on the world will continue to evolve—and how their influence over the future of the planet will grow.

*  The 1% for the Planet account is the Any Deposit Checking account that donates 1% of the net revenue of the account to environmental nonprofits through the 1% for the Planet organization. Net revenue is generally deﬁned as all fees charged to the account, plus interest income earned by the Bank on this account, minus any losses, debit card revenue and reversals. To view the complete definition of net revenue, please visit the product disclosures.

If you care about climate change and sustainability, shouldn’t the bank you choose share those values? Here’s how to find out where your bank stands.