Beyond Our Selves: Corporate Social Responsibility for 2021 and Beyond

When people ask what I like most about my work, something I often say is my career has offered me a front-row seat to witness the evolution of sustainability in business. Now, in a new role in a new job, I’m similarly situated to be part of what is shaping up to be the next chapter in corporate social responsibility (CSR).

This next big leap is deeply needed in our world. It also has soaring potential to improve billions of lives—but more on that in a minute. Before we discuss the future, we need talk about the past.

Southern California in the 90s: That’s where, as a water polo-playing university student, I began to gain an appreciation for the link between the natural world, capitalism, and our own lives.

In picturesque Santa Barbara, California, what people put in their bodies was for some a topic nearing obsession. Organics were in; processed foods were out. But the connection between our shopping and our future remained largely abstract beyond the idea that organic food was good for you and the planet.

I went on to serve as a Congressional Aide in Washington, DC, with the idealized hope that public policy would help to change the world. After some time, I realized that, while public policy is critically important, the business world plays another critical role in helping drive positive social and environmental change.

In 2006, I started what would become a 14-year career with Gap Inc. focused largely on environmental affairs, sustainability, and CSR. There, I played a role in a new awakening as conscious consumerism expanded from what people put in their bodies to what they put on their bodies. Organic cotton was the new organic produce; Fair Trade was the new free-range.

Through my experience I learned that connecting with consumers and constituents on common ground that matters to all of us is integral and possible. Clean air and water, access to the outdoors, and vibrant communities are ideals most people can agree on. Building on these common values provides a foundation for lasting change.

Fast-forward 14 years; Gap Inc. and other leading clothing brands now have some of the apparel industry’s most ambitious, comprehensive, and transparent social and environmental sustainability targets.

More broadly, sustainability is increasingly a mainstream cause. Groups like Protect Our Winters and 1% for the Planet connect commerce and sustainability; they marshal the power of our shopping dollars to improve conditions for both people and the planet. It feels like another wave is beginning to crest in conscious capitalism, an important piece to this puzzle. Again, I’m eager to play a role.

Sustainable Finance as the Next Frontier

Over the past few years, I took note from afar as Bank of the West and its parent BNP Paribas began to lead a new movement in the financial services sector. I was struck by how this direction further evolved my own experience in sustainability.

49%: Solar’s average annual growth rate over the past decade.

No longer is it enough to consider what we buy to put in our bodies—or on our bodies. Our money impacts the planet even when we think it’s “just sitting in the bank.” How? Some 90% of customer deposits are sent back into the world to finance new business. Whether that new business is Arctic drilling or solar panels depends who you bank with.

In Bank of the West, I saw an institution committed to sustainable finance, and to an uncommon level of transparency around the policies that dictate what it does and does not finance. That’s a big part of what attracted me to my new role as Head of Corporate Social Responsibility & Sustainability at the bank.

Another pull factor: The bank recently folded its CSR team into its Growth & Transformation department. CSR now resides alongside core operations such as Customer Experience and Digital. The big idea embedded in this organizational change? Entering 2021 and beyond, CSR is much more than a nice-to-have; it’s essential for any business, and for society at large. That my position is tied to a profit-and-loss statement further proves that, at this bank, CSR is not just for show.

In the past year or so, other financial institutions have pledged to restrict their financing of harmful industries—as Bank of the West did in 2017. This signals to me that a new movement is afoot, one that builds on prior collective realizations about what we put in and on our bodies.

Mapping the Road Ahead

To be clear, transforming a major company isn’t accomplished just by making an organizational change. At Bank of the West, we are on a journey to becoming the company we want to be. We know we’ll never be perfect, but are absolutely dedicated to getting as close as possible. And we plan to be transparent about our journey along the way.

“Money is the oxygen on which the fire of global warming burns,” the environmental activist Bill McKibben wrote in a landmark 2019 article for The New Yorker.

I genuinely believe we can serve as an example to other financial institutions seeking to transform their own organizations to put sustainability at the core.

There’s a lot of work ahead to get to where we want to be. And I know we will face plenty of bumps along the way. But above all, I feel energized to be at the forefront of the next evolution in CSR, a collective realization that your money in the bank has the power to make a positive impact.

Indeed, it’s time for all of us to take a longer look at what banks actually do with our money—and why it matters. Our collective future is on the line. 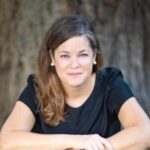 Melissa Fifield is Bank of the West's Head of Corporate Social Responsibility & Sustainability, where she is responsible for leading and reporting on the bank's sustainability actions and other CSR commitments. She is a global sustainability leader who brings 20 years of experience leading domestic and international programs across social and environmental impact areas. In addition to spending 14 years at Gap Inc. in various sustainability and environmentally focused roles, Fifield also currently serves on the board of directors of the Apparel Impact Institute.

Surfing is sexy. Surfing can sell. But can surfing save the planet from climate change? The founders of Sustainable Surf think so.