By Scott Anderson Chief Economist Bank of the West

Now is a good time to know the difference between cryptocurrency and traditional money. California wants to spur crypto and blockchain innovations, and 401(k) accounts may soon offer crypto-based investments. Meanwhile, the most popular cryptocurrency, Bitcoin, has lost a third of its value this year.

You’ll never find a Dogecoin on the sidewalk because cryptocurrencies exist solely in the digital world—stored in digital wallets and bought and sold through online exchanges. They are not issued or backed by a government authority, which gives stability to traditional currencies like the euro or the Kenyan shilling. Because they are only digital, investing in cryptocurrencies or using them to buy groceries at Whole Foods or a Starbucks latte requires that transactions be verified by a vast network of computers known as the blockchain.

Here are the basics you should know about crypto versus traditional money:

Cryptocurrencies have proven it’s easier than ever to create something that is like money for people to use to store value and facilitate transactions. But to truly become the money of the future, they’ll need to evolve into something much more stable and far more widely used than they are today.

While the cost to make a humble penny is more than its face value, when it comes to meeting the basic criteria for money, it still has an edge over cryptocurrency.

Want more thoughts on the economy? Check out my Explain It Like I’m 5 video series. Economics made simple.

And keep updated on my latest economic forecasts and analysis with my US Outlook. 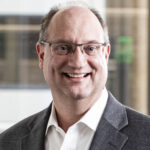 Travel Writer Decarbonizes Her Life: Where Is She Going Now?

A travel writer shares her steps toward zero carbon travel, plus 10 tips for greener trips.