After the COVID-19 Crisis, John Elkington Sees a Sustainable Future

For John Elkington, the COVID-19 pandemic has been like an X-ray, exposing the need for exponential, global change in black and white. It revealed long-ignored vulnerabilities and our willingness to overlook climate change.

As dire as that sounds, Elkington, the writer and entrepreneur who coined the phrase “triple bottomline” based on profit, people, and the planet, doesn’t interpret this as a terminal diagnosis—quite the opposite.

“As a species, we tend to do our best work when we’re backed into a corner, and I think we’ve backed ourselves into the mother of all corners,” he says in a recent interview with Means&Matters. “This has been a shot in the arm for a whole range of movements trying to get business to see things differently and to act differently.” 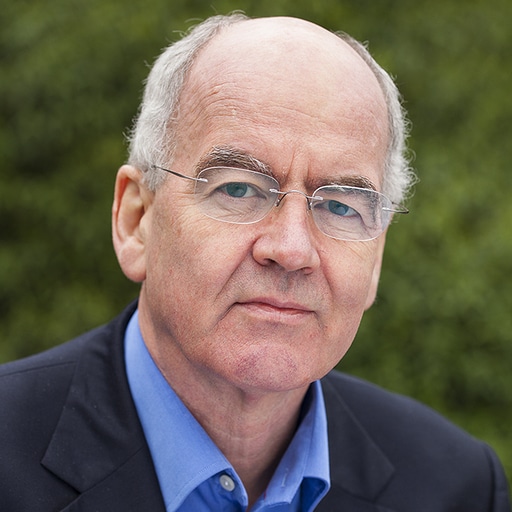 “This has been a shot in the arm for a whole range of movements trying to get business to see things differently and to act differently. ”

A World in the Shape of a U-bend

Elkington has been convincing people to see and act differently for four decades as a global thought leader pushing for increased corporate responsibility and more sustainable development. He’s been called the “dean of the corporate responsibility movement” and is founder of the advising firms SustainAbility and Volans, and author of 19 books, including a UK bestseller, The Green Consumer Guide, and his latest, Green Swans: The Coming Boom in Regenerative Capitalism.

“Every so often, the paradigms shift, our cultural priorities change,” he says. “I think we are very much at one of those points.”

“Every so often, the paradigms shift, our cultural priorities change. I think we are very much at one of those points.”

Even before the pandemic, he expected dramatic change this decade. He calls this shift a coming boom in regenerative capitalism through sustainability, in which the focus on efficiency and short-term shareholder value maximization is replaced with prioritizing long-term resilience and responsibility. In recent years, Elkington has been talking about a historic, U-shaped bend where the established macroeconomic and political order is upended and a new one surfaces valuing environmental and social impact, ending the reign of Milton Friedman’s free-market paradigm. 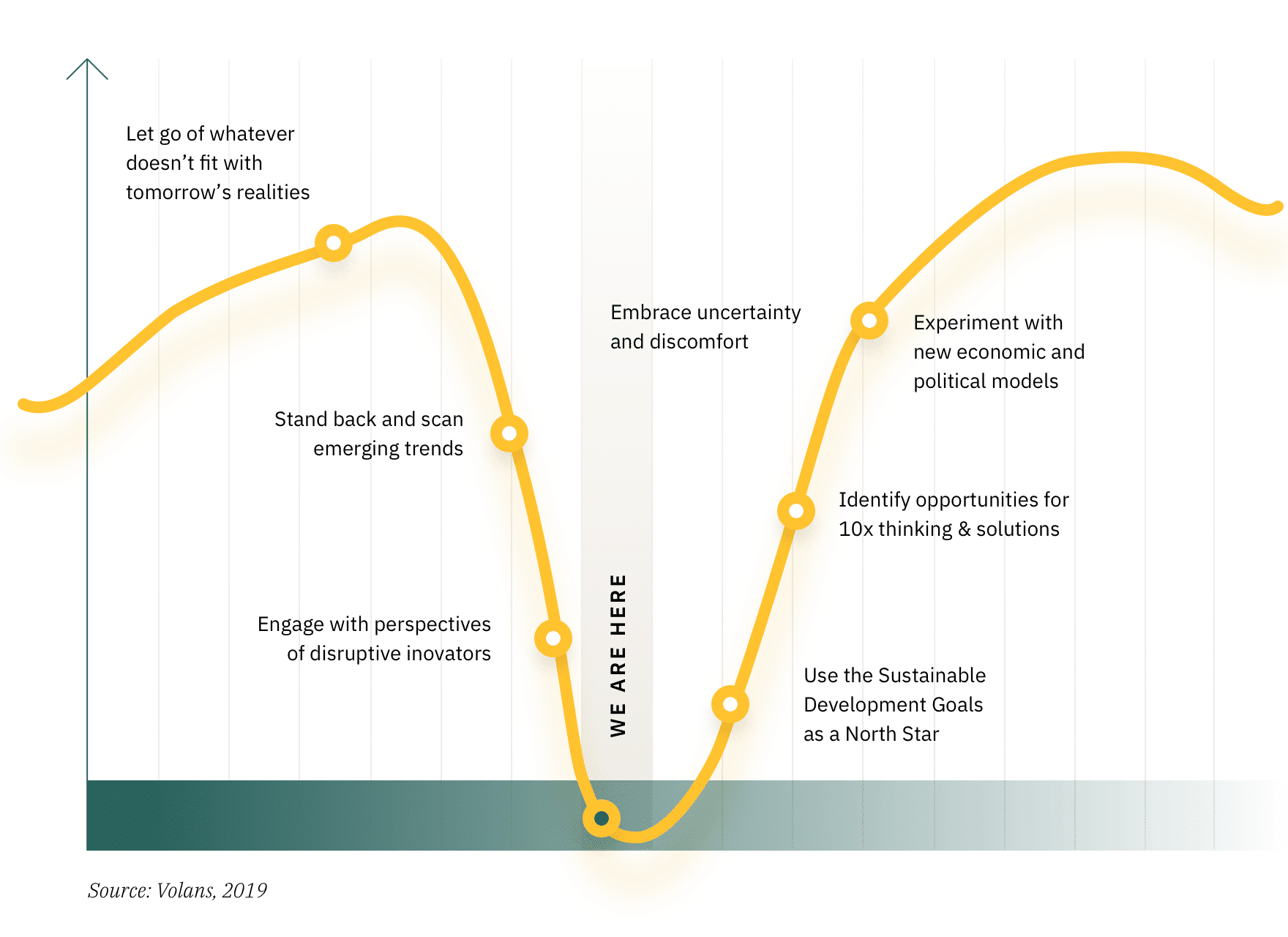 “We’re at a very critical stage,” he says. Companies and governments could hunker down in reaction to the pandemic and focus on rebuilding the same broken, unsustainable systems that are killing the planet, or they could use climate change to pivot and build systems that value resilience and sustainability.

“One of the things I think will very likely come out of the COVID-19 crisis will be a renewal of interest to invest in health,” Elkington says. “And I don’t mean just simply individual health or family health or community health. Nor do I even mean the health of societies and economies. I mean global health, including the health of the planet.”

That renewed interest could lead governments and businesses to focus on funding preventative action on and preparation for longer-term systemic risks, including the next COVID-19 outbreak, the next pandemic, or moving toward a net-zero world. “That’s why I think over time, COVID-19 and challenges like it will drive us back towards levels of global cooperation that we haven’t seen since the aftermath of the Second World War,” Elkington says.

Public sentiment may already be moving in that direction. A UN survey has found that 95 percent of respondents, including people from all age groups and education levels across 186 countries, support countries working together to solve global issues. That number, the UN says, rose noticeably after the onset of the COVID-19 crisis in early February.

A host of profound transformations were already at work in key industries, and the pandemic response is an opportunity for them to accelerate.

Take the fossil fuel industry in the United States. Elkington does believe that peak oil consumption has been reached. He notes that RethinkX, a think tank focused on future market disruptions, predicts automakers will manufacture 70 percent fewer vehicles by 2030 as autonomous electric vehicles account for 95 percent of US passenger miles. Elkington also thinks the US dairy and cattle industries could be heavily impacted in some parts of the country with the rise of synthetic foods. As industries evolve and turn to governments for help, he says there is an opportunity to gain their support for addressing climate change.

Capitalism, Elkington says, only delivers long-term systemic changes if government creates the vision. The pandemic is a chance to institute policies and economic incentives that color the rise in that U-bend deep green. “Governments have to be reinvented,” he adds. “Our global institutions—for many reasons, increasingly including nationalistic policies—are failing to meet the challenges.”

As a model for positive movement, he points to the European Green New Deal, a policy moonshot to overhaul every aspect of the region’s economy, from energy to food, over the next 15 years. The goal is to transform industries to reach net-zero carbon emissions bloc-wide by 2050. “I think that’s where our future is taking us,” he says, “because it must.”

What optimism Elkington has flows from history. In the past, when leaders were unable to meet global challenges, new generations of leaders emerged. He backs the idea of a Marshall Plan for the planet. But, he warns, the necessary change won’t be easy, and it will take a volatile decade or more. “We’ve got to dream big,” he says. “How do we create a system that works for most people and, at the same time, starts to rebuild and regenerate elements of the natural world?”

The question may be yet unanswered, but Elkington says the world has reached a point at which it is at least being asked.

“I’m immensely excited to see what comes next,” he concludes. “I’m not taking anything for granted. We’re going to have to fight for this level of change. We all need to be increasingly activist, whether in politics or in our use of money. This is something we’re going to have to vote for and invest in over very long periods.”