Katrina Adams didn’t set out to become a tennis legend. She actually stumbled upon the sport by accident.

It was the mid-1970s. The Dr. Martin Luther King, Jr. Boys & Girls Club was holding a summer tennis program on Chicago’s West Side. Adams’ older brothers joined. Despite being too young for the program, she “tagged along,” mostly for want of something to do with school out of session.

“I had no idea what tennis was, where it could go, or what it meant,” Adams says today of her six-year-old self.

Then something unexpected happened: That tagalong little sister looking for summer fun grew up to make history several times over. She turned out to have eyebrow-raising talent for a six-year-old novice. She practiced and trained, became a dominant high school player, then starred at Northwestern University before enjoying a long professional career in and around the sport. Here’s a brief list of Adams’ accomplishments and firsts:

As a Black woman who excelled on the court and broke new ground on the sport’s business side, Adams also possesses a unique view into the role tennis has played in reflecting—and driving—broader social progress. But her journey wasn’t always easy. Decades after Jackie Robinson broke baseball’s color barrier and decades before Colin Kaepernick took a knee before NFL kickoffs, Adams experienced firsthand how race and gender can be policed in the sports world and society at large.

Adams recalls, as a rising player, “walking inside the clubhouse or going toward the locker room, but people look at you and assume you don’t have access because surely you’re not a player in this tournament.” And as a businesswoman? “I knew that I had to be twice as good or three times as good to make sure that I had full respect from my peers and colleagues and to make sure that I was being heard,” she says.

“You have to be one in the room in order to get two or three in the room. We have to start somewhere.”

The title of Adams’ 2021 book smartly summarizes her challenges and successes. It’s called Own the Arena: Getting Ahead, Making a Difference, and Succeeding as the Only One. For Adams, the ultimate goal is to not be “the only one” for long.

“You have to be one in the room in order to get two or three in the room,” she says. “We have to start somewhere. So if I’m that leader that has the potential to reach back and pull forward, I welcome that opportunity and challenge.”

Individual action for collective good is a thread that runs through the past several decades of tennis history. Adams cites the groundbreaking Black women’s tennis star Althea Gibson and the all-around activist Billie Jean King among the leaders she admires most from the sport’s past. Gibson, she says, “was the champion who opened that door” for other Black players to later walk through. King, she says, inspires “people to be proud of who they are, where they come from, and what they stand for. She has truly been our leader on all those different levels for the past 50 years.”

All-too-recent incidents of prejudice, as well as issues around equity at the junior levels, illustrate that the tennis world still has work to do. But as a global sport played by men and women—sometimes at the same time in mixed doubles events—Adams believes tennis is uniquely positioned to expand its role in driving social progress.

Many have followed in Gibson and King’s footsteps, blazing trails of their own. And, as Adams sees it, more and more leaders will emerge in the years to come.

“As individuals in our sport, we’re about being confident and proud of who we are, and working hard and representing,” Adams says. “I think we will continue to have leaders in our sport who will continue to speak out on these issues, focusing on diversity, equity, and inclusion—not just on the court but also in the business realm.”

With Adams’ story in mind, here’s a look back at eight times tennis helped push social progress—from Gibson and King on through Serena Williams, Naomi Osaka, and more. 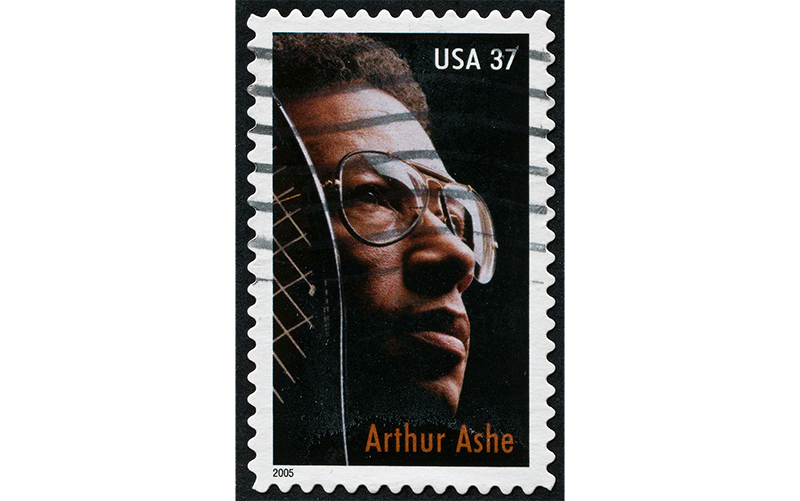 You’re Ready: A Women’s Guide to Mentorship From 4 Incredible Leaders

Women mentors have a critical role to play in diversifying workplace leadership. Here's why every woman business leader should consider mentorship—and how they can make the most of it.