The  Purpose   and Planning Behind a Polar Expedition

For Doug Stoup, it began as a way to beat his chest.

The expeditions to the North and South poles. The climbing of the 26,864-foot Cho Oyu without bottled oxygen. The first snowboard descent of Vinson Massif in Antarctica.

“It all started out in a kind of selfish way really,” says Stoup, a renowned polar adventurer, climber, founder of the guide service Ice Axe Expeditions and a Bank of the West client. “It was just a way to beat my chest and get the summit, I guess.” 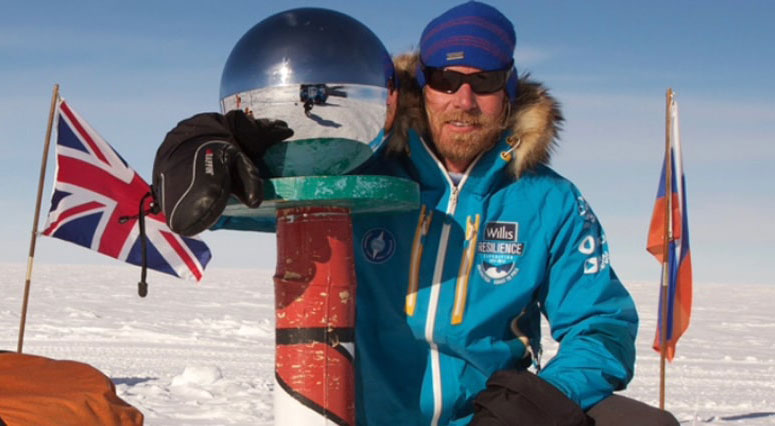 Doug Stoup says all his trips have a purpose. Learn how his bank has a purpose, too.

But over the years, Stoup’s perspective began to evolve. He realized there could be bigger reasons than bragging rights for his expeditions. They could bring awareness to climate change—something he started preaching about decades ago—help raise money for charity, and bring people to the threshold of lifelong dreams.

“In 2000, I led a blind and deaf British adventurer on a 62-day ski trip to the geographic South Pole,” Stoup says. “I learned pretty quickly that we could turn this thing, these expeditions, into something more fascinating and helpful for mankind.”

Two decades later, Stoup, 56, is still helping people find adventure all over the world. Ice Axe Expeditions and its guides take clients on fat-biking trips in Antarctica, sail and ski trips in Norway, and last degree skis to the North and South poles—as in, the last degree of latitude before the pole. But Stoup has a unique requirement for anyone looking to tackle one of his monster expeditions: They have to commit to raising funds for a cause.

“They have to raise money for a charity that’s close to their heart,” he says. “These trips and their carbon footprint are too big for them not to have a bigger impact on society. We’ve probably raised $15 to $20 million in the years I’ve been doing this. It’s not always me who’s doing it, but I am part of the process, and I’m really proud of that.”

So Stoup’s clients find a cause to support—climate change, childhood obesity, education—and raise funds as part of their expeditions. That takes some preparation in itself. But planning for the expedition? That’s a beast all its own.

“Planning and preparation is what leads to success on expeditions like these,” Stoup says.

A key component of most of Ice Axe’s trips is physical fitness. Many of the trips require days of skiing across icy tundra while dragging a sled packed with gear and supplies. Stoup works with clients on a fitness regimen that will prepare them for the exertion that’s to come—which is why it’d not be surprising to run across Stoup hauling a tractor tire on a harness up to the top of the Squaw Valley ski resort near his home in Truckee, California. 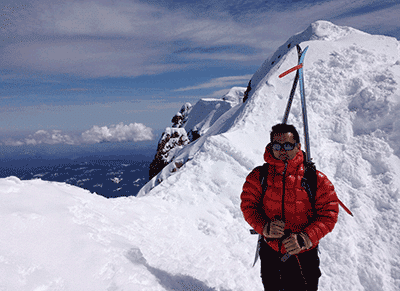 Learn how the American Alpine Club is inspiring climbers to do more.

“This is not just something you go out and do,” Stoup says. “You need to be physically prepared and mentally prepared. You never want to arrive at a trip and two or three days into it say, ‘I should have trained harder.'”

Ice Axe also helps clients prepare by providing gear lists and other educational resources to teach them about what to expect and how they can limit their impact. They also tend to all the food preparation, which includes organizing and labeling days of food into individual bags. Stoup says a typical polar day finds folks burning through 8,000 to 10,000 calories and eating at least 5,500.

Stoup’s preferred jumping-off points for his polar expeditions are prepped in advance as well. For the South Pole, that point is Punta Arenas, which is at the southern tip of Chile. He has a hangar there that’s stocked with gear, sleds, provisions, and almost everything else an expedition needs.

“You could almost just show up with some underwear on and do an expedition,” Stoup says.

He has a similar setup in an arctic town called Longyearbyen on Spitsbergen, a Norwegian island in the Svalbard archipelago, for expeditions to the North Pole.

The charitable aspect of Ice Axe expeditions requires preparation as well. Stoup helps with the fundraising component, but largely leaves it up to the clients. For folks who aren’t sure who or what to support, Stoup recommends environmental groups like Protect Our Winters or the Plastic Pollution Coalition. He’s also had clients support his own nonprofit, the Ice Axe Foundation Impact School, which offers expeditionary travel and environmental learning experiences for youth. 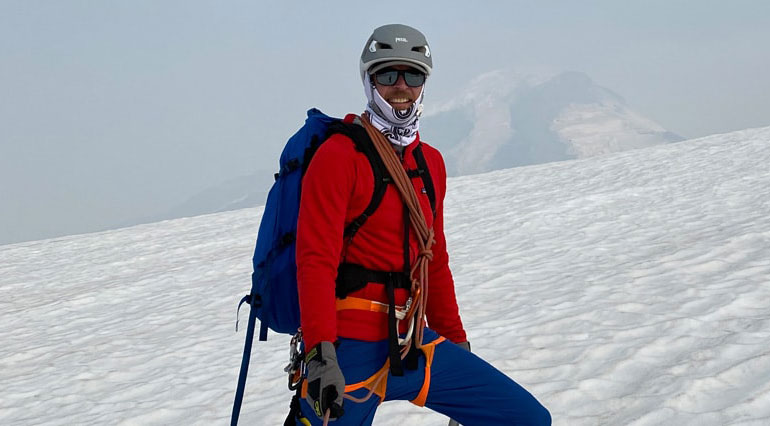 How Golden State Guiding shares a passion for the outdoors.

In addition to the fundraising, Stoup himself tries to incorporate climate science and data collection into all of his trips. In 2005, he skied 1,000 kilometers across the frozen arctic to collect data for climate change research using lightweight beacons he designed himself. He’ll also collect snow samples and track temperature, barometric pressure, and other data points during expeditions for scientists monitoring the poles.

“I’m not a scientist,” Stoup says, “but I can be a data collector to help gather important information and raise awareness.

“I’m super passionate about doing things I believe in, and climate change is one of them,” he continues. “I’m not a doomsday kind of guy, but I truly believe the time is now. We’ve got to roll up our sleeves and fight any way we can.”

On April 22, 1970, around 20 million Americans took to the streets, many wearing masks, to protest the pollution that was choking cities and turning rivers black. Fifty years on, they're taking to social media.