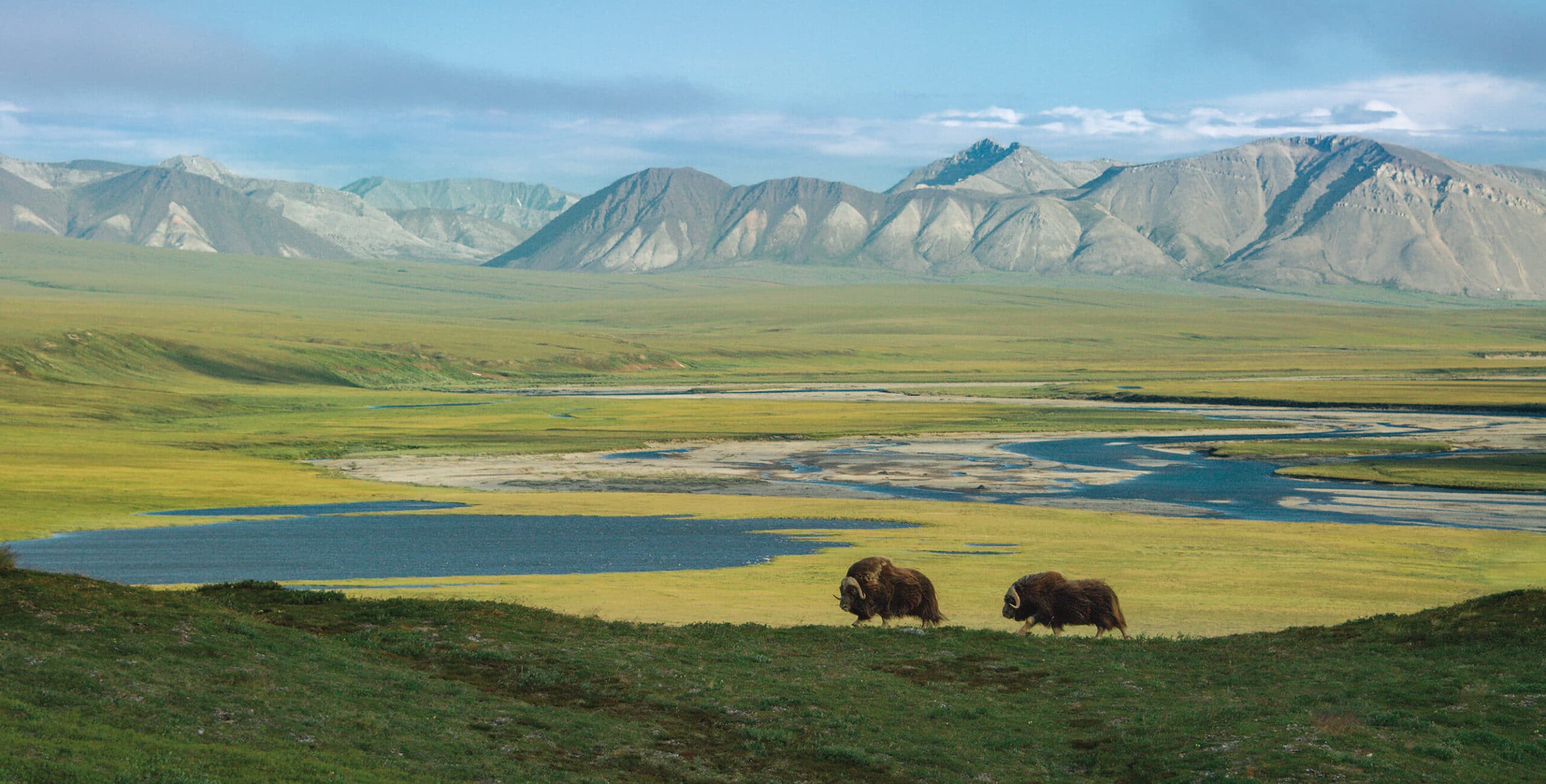 “You have a right to whatever you’re willing to fight for.”

The latest Patagonia documentary, Public Trust, which ends with these words by environmental journalist Hal Herring, is about the fight for America’s federal public lands between ordinary citizens who want to preserve them and the extractive industries working to gain access to those public lands.

Directed by David Garrett Byars (No Man’s Land) and executive-produced by Patagonia founder Yvon Chouinard and Robert Redford, the film intersperses stunning panoramas of natural wonders—photography magazine Museé calls it a “ravishingly beautiful film”—with scenes of the the grinding, sometimes mundane human effort to save them. It reminds viewers that it is not enough simply to appreciate public lands when camping or hiking strikes your fancy, but that these environmental and cultural treasures must be continually defended through political and legal action.

“These environmental and cultural treasures must be continually defended. ”

Public Trust was released by Patagonia Films—the video production arm of the outdoor brand that has been leading the charge in environmental brand activism. It’s rousing and finely shot, and while it lives on YouTube, it looks at home on the big screen. The film was featured and won awards at Big Sky Documentary Festival and Mountainfilm. It was reviewed by the New York Times and The Guardian, which called Public Trust, “required viewing for anyone hoping to understand the public lands issue.”

The film arrives in an age where the lines are blurring between independent documentaries and brand-sponsored documentaries. Public Trust reflects this ambiguity and is an example of the brand documentary done right—in collaboration with grassroots activists to elevate a matter of environmental urgency, powered by the reach of a respected global brand.

A Call to Action

Totaling 640 million acres and located mostly in western states, America’s federal public lands are held in trust for the people. They are managed through a number of agencies that aim to strike a sustainable balance between industry, recreation, and conservation.

The film tells the stories of three communities fighting to right that balance—the Inter-Tribal Coalition for Utah’s Bears Ears National Monument, the Gwich’in people for Alaska’s Arctic National Wildlife Refuge, and sportsmen for Minnesota’s Boundary Waters Canoe Area Wilderness. The groups are organizing to prevent the lease of public lands to drilling and mining companies, which they say threaten their livelihood, subsistence, and heritage.

An hour in, Public Trust celebrates the three groups’ 2016 victories as they gained protections for the lands on which they depend. The last 30 minutes, however, are a jarring wake-up call as the present administration reverses those gains. It rescinds the boundaries of Bears Ears by 85 percent, paving the way for the erasure of tangible indigenous heritage. It opens up the Arctic National Wildlife Refuge to the threat of drilling, which may harm the porcupine caribou population on which the Gwich’in depend for subsistence. It allows copper mining along the Boundary Waters, which could pollute the water and put 160,000 jobs at risk. All three reversals are being challenged in court.

The film portrays these rollbacks as part of a systemic dismantling of protections. That dismantling is helped along by the restaffing of federal agencies with individuals who have extensive links to corporations seeking to influence policy. The film ends with inspiring scenes of the three communities mounting protests and resolving to continue the fight. 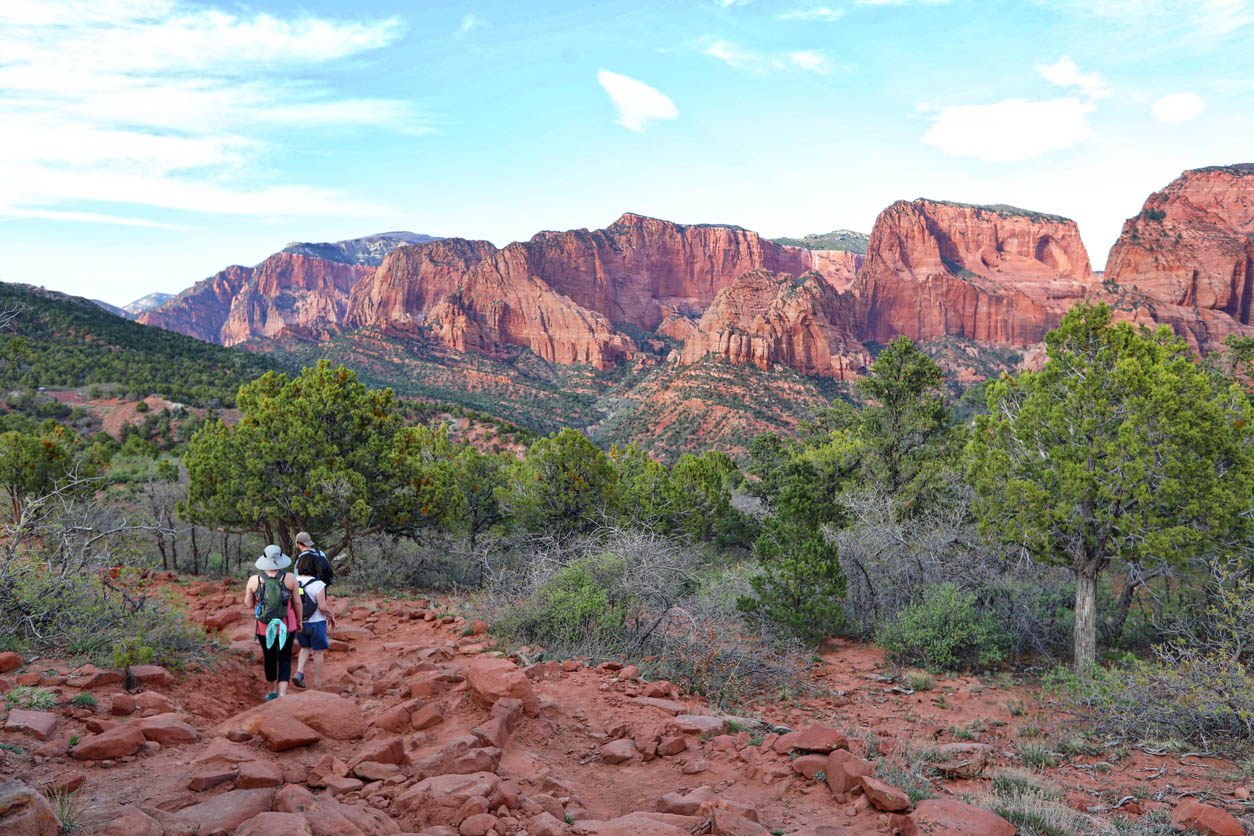 65% of voters in 8 Western states say Congress should conserve public land over energy production—including majorities in both parties and Independents.

Founded in the 1970s, Patagonia remains privately held despite growing into a global, billion-dollar company. It still reflects its founder’s personal ethos—Chouinard was a climber and outdoors enthusiast before becoming a “reluctant businessman.”

Patagonia has always advocated for nature conservation; not only was the company born of Chouinard’s environmental ideals, its business also depends on it. As Patagonia representatives have professed, its activism hasn’t hurt business—quite the opposite.

While Chouinard has acknowledged it’s impossible to do zero harm due to the inherent cost of manufacturing, he believes businesses can and must do the least harm. Since 1985, Patagonia has donated one percent of its profits to environmental organizations, now totaling over $89 million. In 2002, Chouinard co-founded 1% for the Planet, which encourages others to pledge the same. Moreover, in response to federal 2018 tax cuts, which it called “irresponsible,” Patagonia gave away the $10 million it would save in taxes to groups fighting the climate crisis. 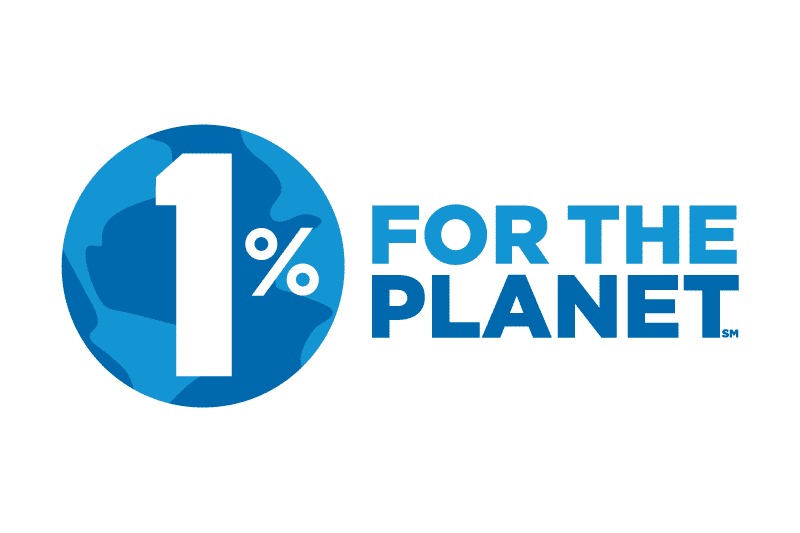 1% for the Planet members have given $265 million to environmental causes since 2002.

Patagonia has also declared its mission to become fossil-free by 2025 and actively reviewed its supply chains after internal audits found human trafficking and labor abuses in 2011. It encourages its customers to repair and resell Patagonia products through its Worn Wear program, and switched to more eco-friendly materials like non-force-fed, non-live-plucked, traceable down. And amid the worsening climate crisis, Patagonia has deepened its commitment to targeted activism and political action.

On the public lands conflict, Public Trust is only Patagonia’s latest statement. In 2017, it replaced its homepage with the stark, black-and-white declaration, “The President Stole Your Land,” and joined a coalition of Native American and grassroots groups to challenge the legality of the shrinking of Bears Ears’ boundaries and that of other national monuments.

Nor is Public Trust the brand’s film debut. Patagonia Films started producing long-form environmental documentaries with filmmakers in 2014 with DamNation. The film makes the case for dam removal to restore natural habitats and free-flowing rivers. Other long-form efforts include Artifishal (2019), about how offshore caged fish farms threaten wild fish populations. Both burnished Patagonia’s reputation as a company with more than its bottom line in sight.

The Rise of Branded Documentaries

In recent years, other brands, like coffee company Illy and outdoor equipment maker Mystery Ranch, have made forays into documentary activism at a time described as the “golden age” of documentaries. The appetite for nonfiction stories and premium online video content is growing as audiences move away from conventional TV and toward video-on-demand platforms.

Patagonia founder Chouinard has said about the company’s documentary activism: “We recognize that people make decisions based on emotion, and the best way to elicit emotion is through film … Some of them don’t make a cent. But that’s not the purpose.”

Rather, the purpose is a higher one. Chouinard claimed that DamNation made the Obama administration reconsider hydropower, and that Artifishal had encouraged Denmark to stop licensing offshore fish farms. 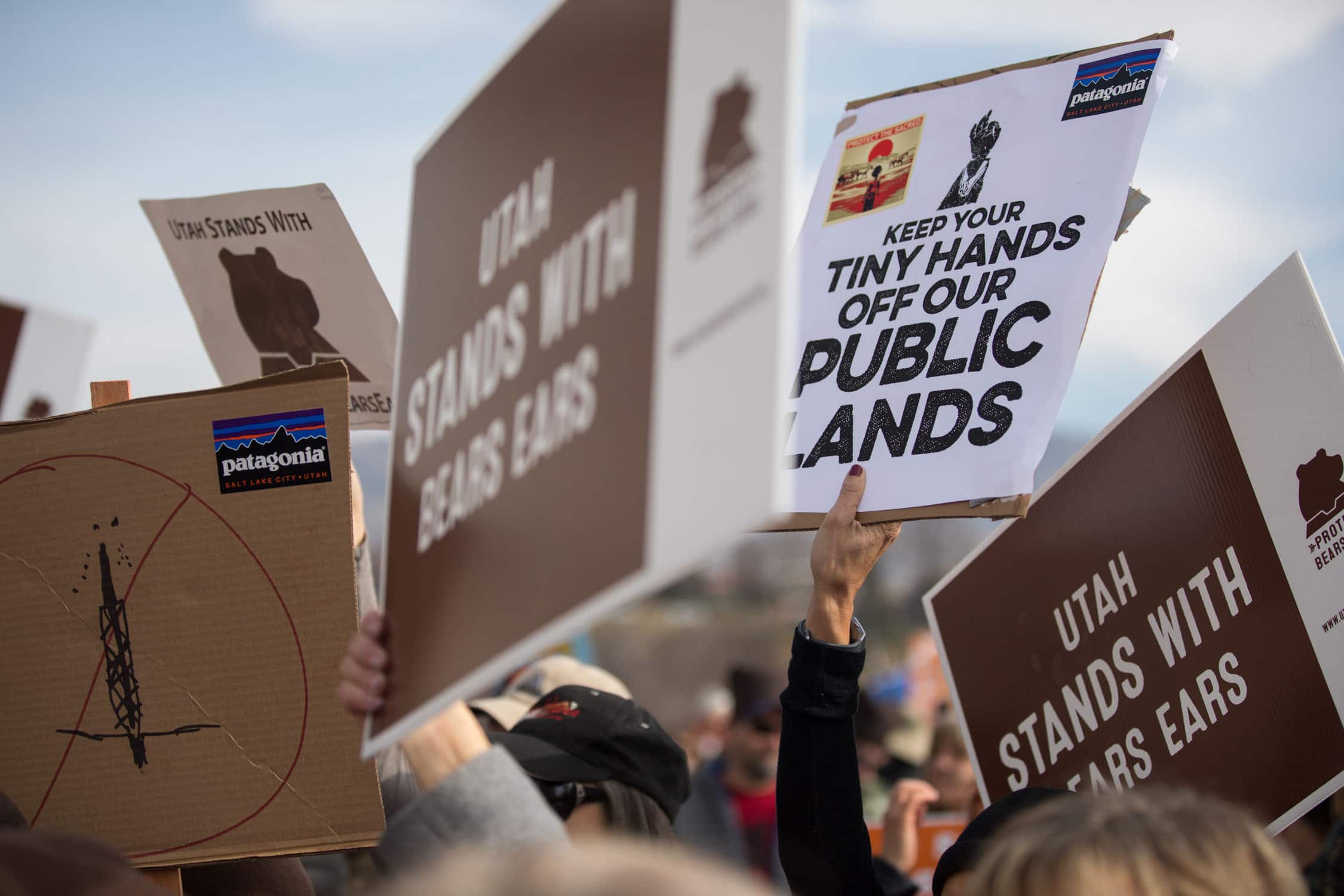 Chouinard has unabashedly called Patagonia Films a “propaganda machine.” That may not suit some viewers’ journalistic sensibilities, but propaganda in genuine service of saving the planet can be hard to criticize. On the other hand, it does exist in an era of “fake news,” where it’s no longer always clear who the messengers are. Allegedly, some brands orchestrate the impression of grassroots movements in order to influence public opinion. And there is a possibility that Patagonia’s acceptability as a brand documentarian may help legitimize other companies who don’t quite walk the talk.

Case in point: Last year, personal care product brand Proctor & Gamble, the world’s largest advertiser, partnered with National Geographic to produce Activate—a six-part, multiplatform documentary series. It was ambitiously shot around the world and featured celebrities, such as Pharrell Williams and Hugh Jackman, to highlight activists on issues like clean water and plastic pollution. It also just so happens to highlight Proctor & Gamble products and initiatives, such as using degraded ocean plastic to make shampoo bottles. 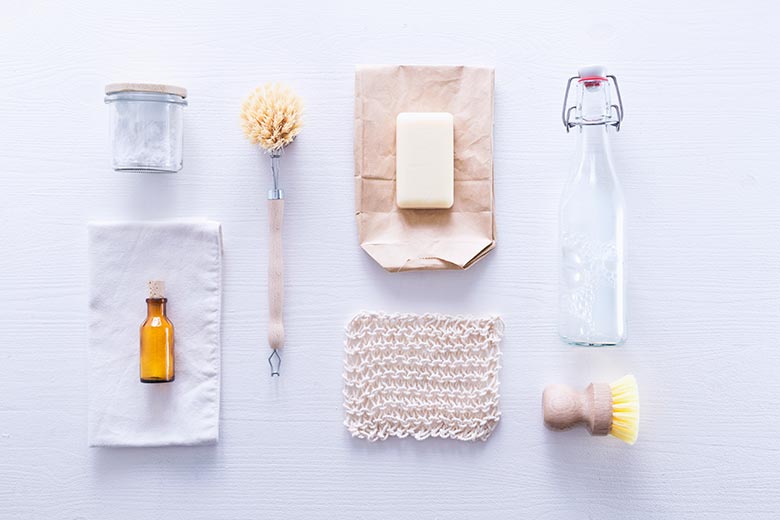 47% of consumers will pay 25%-100% more for sustainable products—a strong motivator for brands to appear environmentally conscious.

But Proctor & Gamble is no Patagonia. The consumer packaged goods company’s products generate more than 230 million metric tons of greenhouse gas each year. It recently came under fire for contributing to deforestation in its usage of palm oil and forest pulp in manufacturing its products, despite pledging to achieve zero deforestation by this year. This follows criticisms in 2014 that its suppliers’ practices in Indonesia were destroying the habitats of endangered orangutan.

It’s clear why Patagonia would make an environmental film. It also seems clear why Proctor & Gamble would—though the motivations, and therefore the authority their films carry, are quite different.

For some, any brand sponsorship taints the motivations for a documentary and skews the overall thrust of its message. But in a crowded documentary marketplace, that may not be a reliable litmus test. There are authoritative and dubious films made by both brands and traditional documentarians. 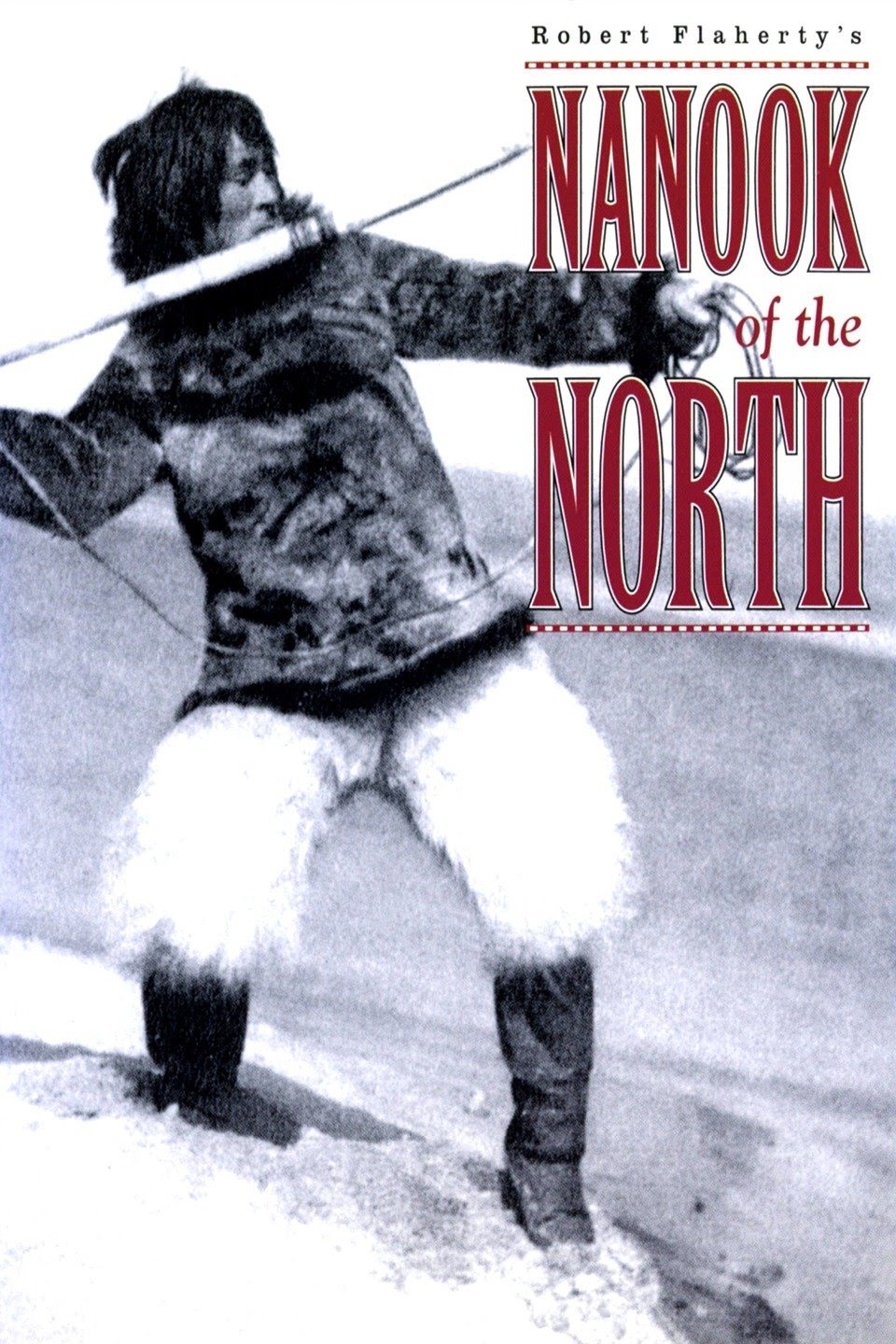 1922’s Nanook of the North is considered the first documentary—demonstrating how Indigenous struggles have been a theme of the format from the start.

The Columbia Journalism Review recently pointed out that that conflicts of interest are now a cost of doing business during the documentary boom, encouraged further when many streaming services have few rules on who can produce or fund a documentary before acquiring it. Amazon Prime and Netflix both showcase pseudoscience documentaries within their catalog with no point of differentiation from other documentaries. As such, any film, brand-sponsored or not, should be ultimately evaluated on its own basis.

Patagonia’s Public Trust fares well in this regard. The brand, which has spent decades being outspoken and consistent about conserving the environment and been candid about its missteps, already has an edge over its competitors. They’re perhaps the best example of how, if companies are mindful of their responsibility to the public good and carefully choose the causes they can authentically get behind, mixing business with activism can meaningfully help to address the pressing issues of our time.

Every month on Means & Matters, we look at an artist, creative project, or exhibition that helps people view sustainability through a unique lens. In our inaugural Artist Spotlight, we feature The Mojave Project by California artist Kim Stringfellow, which explores the desert's physical, cultural, and historical landscape.