Explore the subtle power of climate fiction, with 12 must-reads to help you get started.

It’s a truism that fiction teaches us about the world we live in: norms and cultures, values and beliefs, the complex interplay of external events and personal relationships that keeps us reading (or watching) until the end. Now, an emerging genre of writing known as climate fiction, or cli-fi, is teaching us about the world as we need to see it: a planet in the grip of a climate crisis that will shape our lives for as long as we inhabit Earth.

Freelance writer Dan Bloom coined the term cli-fi in 2011 in a press release for Jim Laughter’s Polar City Red, a novel set amid climate refugees in a future Alaska. Today, Bloom publishes The Cli-Fi Report, an online resource serving all things climate fiction. From his home in Taiwan, he told Means & Matters he sees cli-fi as an urgent genre, a route to “wake people up via storytelling.”

And in 2020, the genre is more urgent and popular than ever. Richard Powers’ The Overstory won the 2019 Pulitzer Prize for Fiction; Margaret Atwood’s MaddAddam trilogy had sold hundreds of thousands of copies even before the Handmaid’s Tale TV series brought her work to the forefront of pop culture.

“Cli-fi is teaching us about the world as we need to see it: a planet in the grip of a climate crisis.”

“The cli-fi backlist is now hundreds of books deep, and includes works by some of the most popular and celebrated authors writing in English, German, French, Norwegian, Finnish, Spanish, Chinese, and Swedish, among other languages,” Bloom noted. There are even plans to host the world’s first climate fiction festival in Berlin this winter.

Bloom defines climate fiction simply as “novels or movies about climate change themes.” But, not least because humans have explored flood myths since long before the Bible, many experts prefer a more nuanced definition.

Andrew Milner, professor emeritus at Australia’s Monash University and co-author of a new study of climate fiction—Science Fiction and Climate Change: A Sociological Approach—is more specific. For him, the climate change explored has to be caused by humans, so that the novel is a response and reaction to the crisis authors know (or, in a very few cases, deny) exists today.

This eliminates, for example, J. G. Ballard’s steamy 60s sci-fi waterscape The Drowned World, where solar flares and radiation send Earth rapidly back to the Pleistocene, and Cormac McCarthy’s powerful eco-fiction The Road, where the unnamed catastrophe that renders the planet a hellscape is too sudden to be climate change. Further, the fictions must be set on Earth (ruling out, for example, N. K. Jemisin’s climate-centric Broken Earth trilogy).

I finished Kim Stanley Robinson’s “Ministry For The Future,” which is the best cli-fi book I’ve read. It’s not a sexy doomist dystopia or a glossy escapist utopia! It’s a plausible, relatable vision of how we build a better future. If you read it, I want to talk about it, DM me!

Milner also classes cli-fi as part of the sci-fi genre. Yet, far from being limited to what bookstores might feature on their Science Fiction and Fantasy shelves, cli-fi embraces everything from detective stories to literary novels. It includes authors, such as Margaret Atwood, who reject the term “science fiction,” and even climate denial fiction such as Michael Crichton’s 2004 thriller State of Fear, featuring murderous eco-terrorists and cynical fabricators.

“Cli-fi highlights and  intensifies the risks of climate change in a way that reporting simply can’t match.”

The Subtle Power of Cli-Fi

In fact, if you’ve ever read Amitav Ghosh’s Gun Island, with its climate refugees and sinking mangrove islands, or Barbara Kingsolver’s Flight Behavior, with its magical butterflies fleeing climate change, or David Mitchell’s The Bone Clocks, with its chilling coda in an Ireland enduring civilizational collapse, you’ve likely been enjoying climate fiction without even noticing. If you’ve watched The Day After Tomorrow, Interstellar, Snowpiercer, A.I. Artificial Intelligence, or Waterworld, you’ve engaged with climate cinema (or, as some would have it, cli-films).

I wrote THE WATER KNIFE because I was concerned about America’s willingness to pretend that climate change wasn’t real,…

Climate fiction highlights and intensifies the present and future risks of climate change in a way that reporting simply can’t match. Omar El Akkad’s American War and Paolo Bacigalupi’s The Water Knife both summon up an America in conflict, torn apart over precious resources, burning and drowning at the same time. There’s an immediacy to their descriptions of dried-out soil, of engines choked by dust storms, and the lengths that human beings will go to for survival (or vengeance) that extends beyond wildfire news coverage to open up new and terrifying worlds.

Gentler and more meditative works, like Gun Island, with its sinking Venice and magical temples, or Flight Behavior, set in a present of failing Appalachian farms, allow time to explore their themes that journalistic, factual writing won’t allow. The Overstory highlights the sheer brevity of human life in contrast to the long, slow lives of trees (and climate’s slow-moving but inexorable processes).

Great climate fiction, like all great fiction, teaches us not only about the world, but about the human soul. But the climate crisis, whether written as the cataclysm that shapes a book’s universe, as in The Water Knife, or a gentle, steady background hum, as in The Overstory, encourages us to virtually experience the facts of a reality that’s happening rapidly, urgently, yet almost invisibly around us.

This week & next we’re headed back to origins of climate fiction, beginning with one of the genre’s founding texts, from the highly influential & provocative novelist J.G. Ballard. “The Drowned World,” published in 1962, offers an astute prediction of the climate crisis to come.

Few geographies are untouched by climate fiction: it explores landscapes as diverse as Scandinavia, Alaska, and Bengal’s mangrove islands, and employs literary styles from Scandi noir to magical realism. For Milner, a passionate environmentalist, his location in Australia is one reason for his interest in climate fiction. “[My co-author J. R. Burgmann and I] both feel that Australia is obviously vulnerable,” he says. “Australia is an enormous continent, the middle of which is a desert, and with warming, the desert spreads. But where the people tend to live, the vast majority of them, is on a narrow coastal plain, which will be hit with rising sea levels.”

It’s perhaps no coincidence that one of the earliest works of cli-fi, The Sea and the Summer, is Australian and set in a drowning Melbourne. As is 2015’s Mad Max: Fury Road—many consider the post-apocalyptic movie set in Australia’s red desert cli-fi, as it highlights the need for water in a future beset by climate catastrophe. One of cli-fi’s most prolific authors, veteran science fiction writer Kim Stanley Robinson, is based in California, a state whose vulnerability to climate change has been so dramatically underlined by the string of deadly wildfires. Yet he somehow managed to summon a future eco-utopia in his 1990 novel Pacific Edge.

More diverse than mainstream sci-fi, which still leans heavily white and male, climate fiction is often concerned with the role of women—Atwood’s climate fiction features women reduced to the roles of “helpmeets” by corporate greed. For authors such as Octavia Butler, who was African American; Omar El Akkad, who is Egyptian-Canadian; and Amitav Ghosh, who is Indian, race also figures. The field of environmental justice explores how climate change weighs hardest on those who are already suffering discrimination. In Butler’s works, Black characters and mixed groups encounter racism on the road; Ghosh’s Gun Island brings to life the dual victimization of Bangladeshis, first as climate refugees and then as cheap labor in the global North.

Yet such diversity should not surprise. Scientists, many world leaders, researchers, and intellectuals agree that climate change is the single most pressing issue of our time—Pope Francis has described the position as “at the limits of suicide.” It’s small wonder that some of our most important writers are turning their creativity to work on the problem.

Researchers have shown that reading climate fiction changes readers’ attitudes to climate change, at least for a time. And as factual writing struggles to cut through humans’ rich wealth of cognitive biases, the novel has its own part to play in changing hearts and minds to achieve the action the planet so desperately needs. 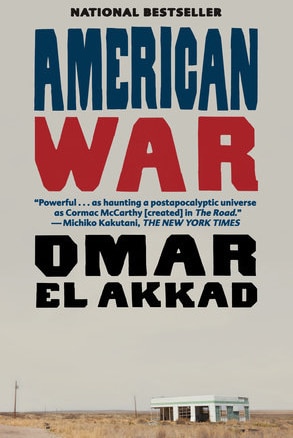 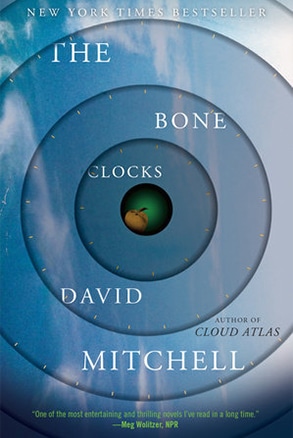 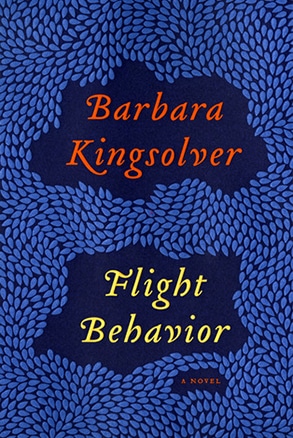 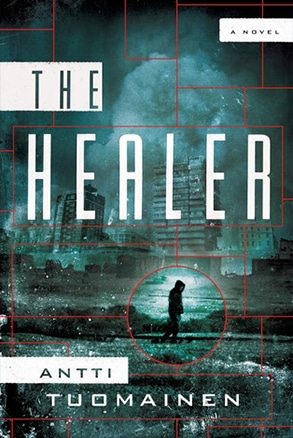 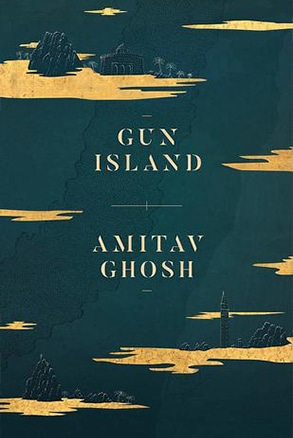 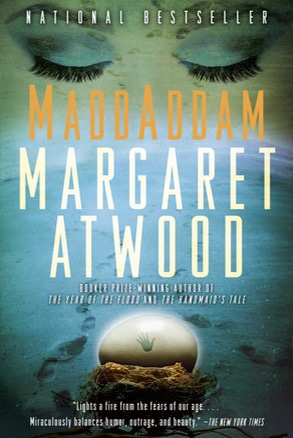 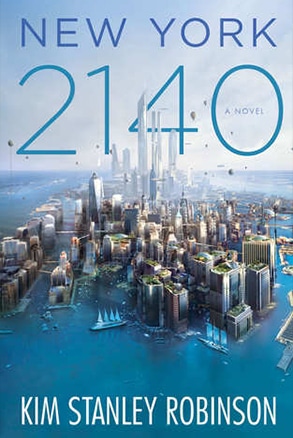 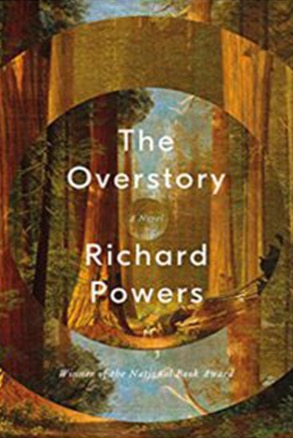 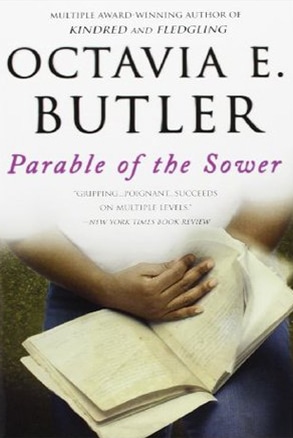 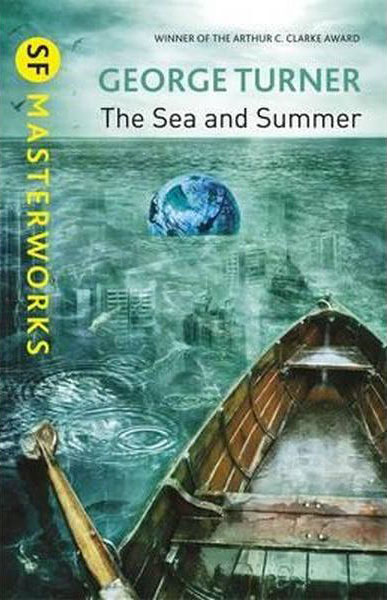 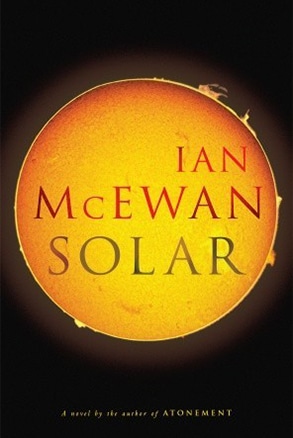 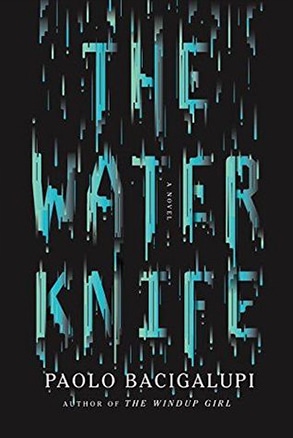 Lisa Simpson Was the OG Greta Thunberg. Over 30 Years Later, She’s Still Got It

Lisa Simpson is pulling a brand new audience who weren't even born when the show first launched. Meet the OG Greta Thunberg.