The Economic and Real Estate Recovery Speeds Up, But Watch for Curves Ahead

Economic indicators show signs of life, but the recovery is uneven and risks remain.

A downright positive outlook has been spreading through the US economy, and the real estate market in particular, since early spring of 2021. The national economy is quickly rebounding, and the continuance of quantitative easing is likely to leave interest rates low for the next couple of years.

This return to near economic normalcy is leading to growing economic optimism, explained Ken Rosen, Chairman of the Berkeley Haas Fisher Center for Real Estate and Urban Economics, who spoke recently at a Bank of the West-sponsored webinar about the path to economic and real estate market recovery. One particularly positive sign is that the unemployment rate had fallen to 5.9 percent as of June 2021, down from nearly 15 percent during the first wave of the pandemic.

Clifford Rooke, Managing Director of Real Estate for Bank of the West, says: “We are now hopefully in a period of renewal. It has been a tumultuous year, but we’re proud we’ve been able to come through this period in relatively good shape.”

Employment recovery data to watch: women. Learn why we need an inclusive recovery that centers on women.

But economic forecasts aren’t all rosy. Growth in remote work and migration from some high-cost coastal cities may reduce demand for commercial real estate in some parts of the country. Economists note record federal spending and loose monetary policies might eventually lead to higher taxes and inflation. As the US economy continues to recover, here’s a look at what’s happening and what’s ahead in the real estate market.

“It has been a tumultuous year, but we’re proud we’ve been able to come through this period in relatively good shape.”

—Clifford Rooke, Managing Director of Real Estate for Bank of the West

In the April webinar, Rosen cautioned about ongoing economic risks. While the American Rescue Act and CARES Act helped consumers and pumped money into the economy, the national debt grew to another record high of $28.5 trillion in June 2021. The debt-to-GDP ratio is now forecasted to rise to 102 percent by the end of 2021, according to Congressional Budget Office estimates.

“We’re going to normalize interest rates and the balance sheet at some point, and that could be a messy unwind,” said Rosen, who also serves as chairman of the Rosen Consulting Group.

“We’re going to normalize interest rates and the balance sheet at some point, and that could be a messy unwind.”

One effect of current policy, Rosen said, is that the spending and the extended period of easing could eventually lead to higher taxes, greater inflation, or a slowing rate of spending. Normalization could put rates back in the range of 3 to 3.5 percent, he said.

The impact of higher rates goes beyond corporate and personal borrowing. Rosen described a “bifurcated” economy and recovery, not only for consumers but also for property. Life sciences, biotech, single-family homes, retail, and industrial logistics are performing well, but hotels, resorts, and high-end condos have been slower to recover.

One short-term issue concerns the demand for commercial property in many markets. In the West last year, the NCREIF Property Index (NPI) noted a 25 percent decline in hotel properties and a 6.5 percent decline for retail. While industrial property is still appreciating, he noted that the value of office buildings and apartments is relative to location. The income component of these properties has fallen dramatically for most hotels and retails but was holding firm for most apartments and office buildings.

“We all have to worry about that because if 10 percent of the people cut their footprint, vacancy rates are going up, and the value of office building isn’t going to be good,” he said.

“There is some good news for the apartment business,” Rosen said. “There’s a backlog of demand. Once people get their jobs back, once the virus is contained, people will be back in their apartment living space.”

As renters have returned to the market, rents nationwide have hit new highs. According to data from Realtor.com, in the 50 largest metros, the median rent was up 8.1 percent year-over-year in June. Rents in some of the biggest metro areas are still showing some weakness, but a rebound can be seen in the data for places like San Francisco and New York as well.

44 of 50: Portion of the largest US markets where June 2021 rents were at historic highs.

It is too early to tell whether this trend will persist or start to level off. As the economy returns to normalcy and housing stock expands, rental increases may slow over time.

To learn more, watch a replay of the webinar, Vaccine Optimism, Fiscal Stimulus, and a Path to Economic and Real Estate Market Recovery. 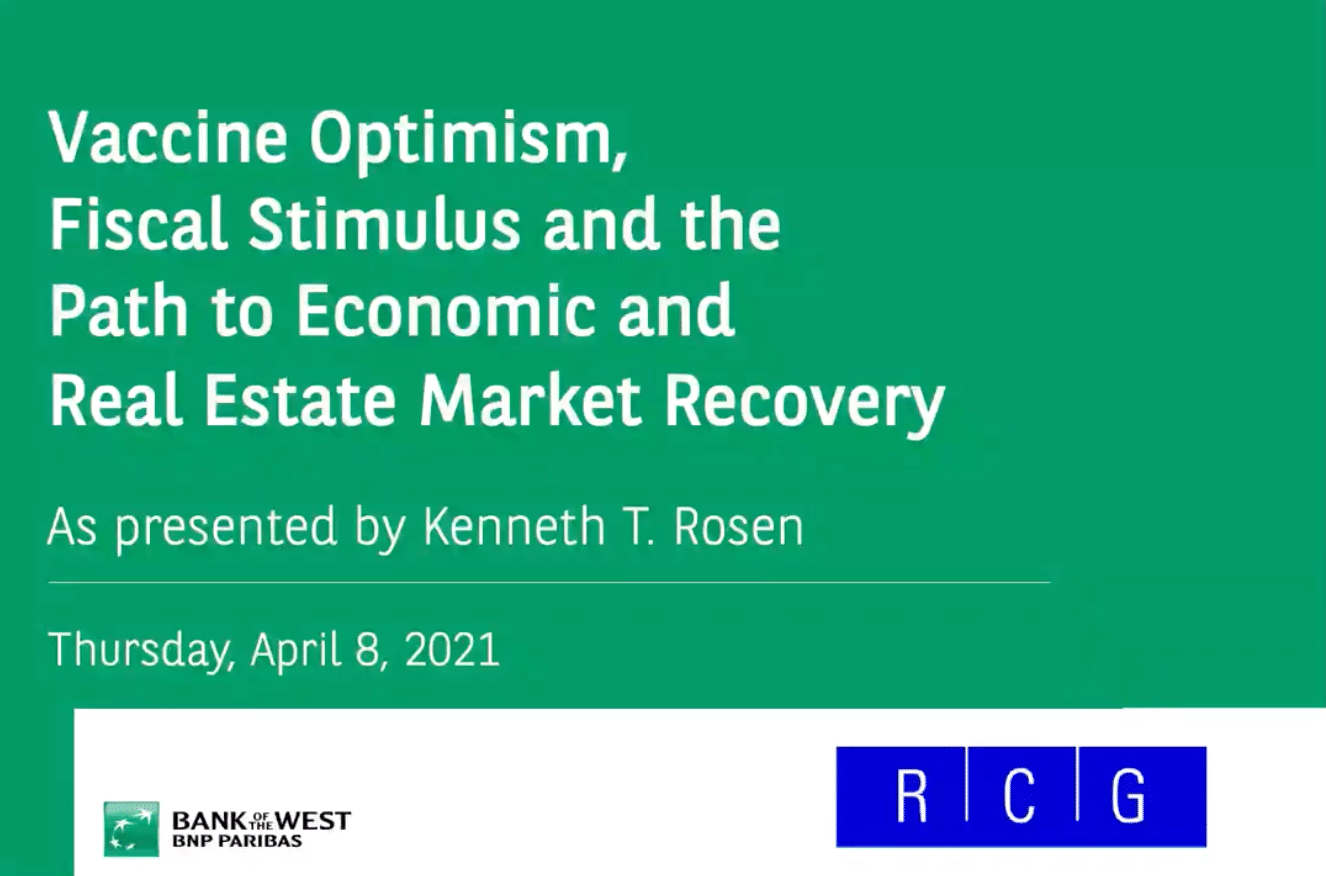 Q&A: The Trickiest Part of Regenerative Agriculture is Financing It. But That’s Fixable.

Regenerative agriculture is critical to slowing climate change. So why is it so hard to finance? Agribusiness experts discuss the challenges—and emerging solutions.