BY Andreas Bubenzer-Paim Managing Director & Head of Technology Banking, Bank of the West

Cities are changing. The planet is warming. Technology is advancing. And people have places they need to get to. People in cities around the world are finding new, cleaner, more sustainable ways to get around, whether it is thousands of shared electric scooters on San Francisco sidewalks or electrified autonomous buses in Oslo.

The pandemic momentarily paused congestion problems. A decade-long trend dropped, as traffic decreased in 387 of the most crowded global cities. While the world begins to normalize, the dramatic change in how, when, and why humans move through cities could prove to be a powerful awakening to what’s possible.

The deadly heat dome in the Pacific Northwest this summer highlighted the intersection of climate change and urban mobility: Roads in Washington buckled due to the heat and regional rail services slowed trains to avoid derailments on overheated tracks, and in Portland, PDX Streetcar cancelled service for a day when electrical equipment melted creating a fire hazard.

Meanwhile, the need to reduce congestion and create greener cities based on sustainability goals is giving rise to advancements in mobility. New transit modes like ride-sharing and micro-mobility are gaining traction for their potential to lower transportation emissions and reduce the rising congestion that frustrates commuters and urban planners alike.

$88 billion: The total cost of hours lost to Americans stuck in traffic annually, pre-pandemic. That’s 99 hours and $1,377 lost per driver.

Increasingly, transportation is about access and availability, as people seek a more efficient and integrated experience. Multimodal services are the next step. For example, Deutsche Bahn subsidiary Arriva carries passengers across transport modes, including bus, train, tram, ferry, cars, and bikes.

But the promise of a future that makes cities more efficient, accessible, sustainable, and less congested won’t unfold on its own. To overcome the challenges of urban transportation today with new and emerging mobility solutions, cities and the private sector play a role in building the infrastructure, platforms, and vehicles that will drive it forward.

The promise of a future that makes cities more efficient, accessible, sustainable, and less congested won’t unfold on its own.

An estimated 200,000 people per day are expected to move into already-crowded urban centers through 2050. And despite the buzz around a pandemic-inspired exodus from cities, as it turns out, in most places, city dwellers didn’t actually move very far.

84%: The percentage of pandemic urban movers who simply relocated elsewhere in their own city. 6% moved to another major city.

Many of the world’s largest cities were not built to accommodate today’s traffic, let alone tomorrow’s. As such, there is a limit to what can be done, just as there is a limited amount of money that can be invested into improving public transportation.

With municipal funds scarce, the private sector has taken the lead. Between 2010 and 2020, investors directed $330 billion into more than 2,000 ACES-focused mobility companies. (ACES stands for autonomous driving, connected cars, electrified vehicles, and smart mobility.) More than $80 billion of that investment happened between 2019 and 2020 alone. The mobility-focused Autotech Ventures, which raised $150 million for its second fund in 2021, has invested in startups like SpotHero, a parking inventory and booking platform that connects drivers with garages, lots, and valets. Other recent mobility startups attracting investments include a $10 million funding round in 2021 by Airspace Link, a company building digital maps and a management platform for drones.

Prior to taking a hit during the pandemic, investments in the micro-mobility market reached $5.7 billion in investment between 2015 and 2019. Other top targets include ride-hailing, batteries, and autonomous technology.

While all that investment is exciting, cities are where those new mobility solutions will be deployed, regulated, and managed. All of this could eventually challenge the limits of urban policymakers—but it provides an opportunity as well. As more cities develop Climate Action Plans including emissions reduction targets and other green cities goals, Mobility Action Plans are becoming natural extensions of those strategies. In Denver, for example, the local Mobility Action Plan includes such goals as reducing emissions by 80 percent by 2050 and transitioning 30 percent of commuters to biking, walking, or transit by 2030. As additional low- and zero-emission urban mobility solutions emerge, cities have more paths to achieving their sustainability goals.

Because transportation issues are increasingly shaped by local decisions, tier-one cities like New York, London, and Tokyo are often watched by smaller cities with fewer resources. Given their size and clout, these metropolitan areas have sufficient power to set the regulations that other places are likely to follow.

To date, these leading green cities have done a lot of experimentation to regulate micromobility, but no general approach has been set beyond limiting alternative providers as they try to rein in the proliferation of vehicles.

Cities can also play a role in incentivizing adoption of the mobility solutions determined to most benefit the region. In addition to promoting the State of Massachusetts’ electric vehicle rebates program, MOR-EV, the City of Boston enacted a “Right to Charge” law, which gives condo owners the right to install charging stations near where they park, overruling any restrictive condo association rules. In Los Angeles, the city allows micromobility providers to place more vehicles with lower fees in underserved communities to improve equitable access.

The Role—and Opportunities—for the Private Sector

There’s a lot the private sector can do to rethink the future ecosystem of urban mobility. Supporting alternate modes of last-mile transit is one example. Among the steps that companies could consider now are:

Companies can also do what they do best—innovate. Understanding the opportunities opening in the mobility industry can help businesses identify ways to fit into the evolving ecosystem. Some of these opportunities include innovating on the following factors: 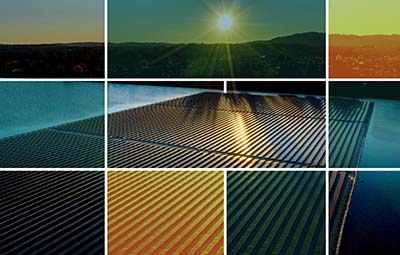 Other sustainability-related opportunities abound in solar. The US will install nearly 100 GWdc of solar from 2021-25—a 42% gain from the last 5 years.

Effective mobility options call more for business model innovation than technology innovation. They also require a change in consumer preferences, most likely brought by generational changes, rather than a fundamental technological revolution.

Already, we’re seeing the industry adapt. Mobility as a service is rapidly growing in importance, and the prevalence of cars as a service is also expected to increase. The auto finance industry is preparing a range of strategic moves in light of the anticipated explosion in mobility services popularity.

Other sectors are getting in on the act. The rise of intelligent vehicles is leading to innovations in automotive InsurTech. The energy business is preparing for major shifts as the world’s major automakers ramp up plans for electric cars. Even the real estate business may be affected.

There is clear demand from city dwellers and government officials to improve the current reality. The question is whether cities and industry can work together and independently to address these growing problems of congestion and climate change in a cost-efficient way—and quickly.