Making a Movie About Banks, Purposeful Companies, and Climate Change

I refer to myself half-jokingly as a reformed journalist. I spent most of my professional life at Reuters and then later The Economist Group, breaking news about high finance and telling stories that would get time-poor corporate leaders to pay attention. My editors used to drill into me that business decisions are made based on two things: risks and opportunities.

They weren’t exactly saying that companies are all being driven by people like Gordon Gekko and Jordan Belfort, rather that business leaders mainly take into account how an outcome can adversely affect or benefit their companies when they make decisions. This is the story, however, of how I found out my editors weren’t entirely right.

These days I’m still telling stories to time-poor corporate leaders, but I’m not a journalist anymore. Now I’m working for Bank of the West—a lender in the Bay Area that a lot of people may not have heard of before. Nevertheless, the story I’m telling is probably the most important one I’ve ever told. But I’m getting ahead of myself.

RISKY BUSINESS, BUT THAT’S NOT THE WHOLE STORY

As 2019 wound down, I was given an assignment to make a short film covering what business leaders know about the relationship between banks, money, and the impact that companies have on climate change.

I could understand how climate change is a risk for a lot of companies (e.g., extreme weather, wildfires, rising oceans, etc.). At this point, avoiding the most serious damage of a 1.5-degree climb in average global temperatures would require more than $50 trillion in investment. We’re already seeing how climate-related disasters can be sudden, local, and costly. In 2017-2018, wildfires in California accounted for an unprecedented $40 billion in damages.

This was beginning to sound like a horror movie, but one perhaps that many companies operating more sustainably had already seen. Last year, the Business Roundtable in a manifesto signed by 181 CEOs of high-profile businesses redefined the purpose of U.S. companies. Those captains of industry said companies should care for the planet, and not just line shareholders’ pockets.

What did banks have to do with all of this? 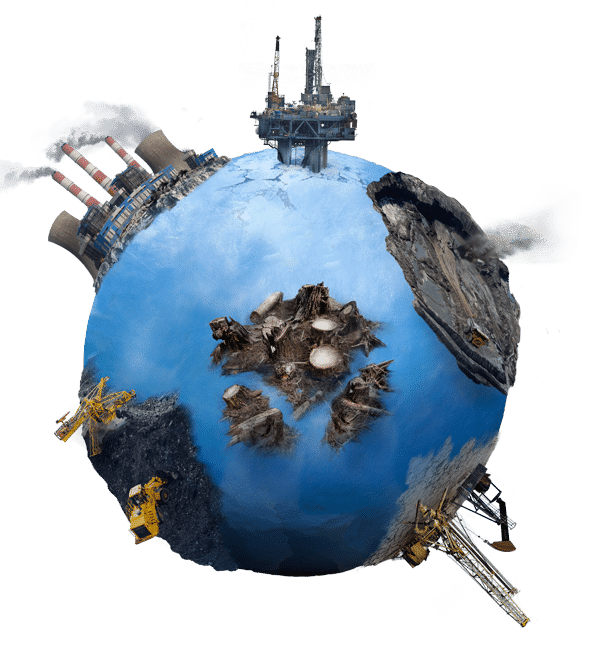 What Banks Do With Your Money & Why it Matters

Last year, my colleagues made a film asking people, literally on the street, how much they know about banks and how they work. It turned out, not much. Most banks don’t really place stacks of bills in vaults like in the movies. Banks accept deposits and then lend them out to other organizations to do things like build hospitals, buy equipment, hire people, or—sometimes—finance activities that endanger the planet such as Arctic drilling, fracking, and other extractive industries. This was shocking to people in the film.

This issue has grown in prominence in the financial services sector in 2020. Though Bank of the West has its own restrictive financing policies in place, a growing number of other banks and asset managers have been trying to catch up.

Are business decision-makers any different from the average person on the street when it comes to knowing how banks work? I decided to push this a bit further. What do business leaders at organizations trying to reduce their impact on climate change know about what their banks are financing? Do they realize that they are potentially undoing all of their efforts to reduce their carbon footprint when they deposit their money in a bank that invests in environmentally harmful industries?

GREEN, FOR LACK OF A BETTER WORD, IS GOOD

After 29 interviews and more than 20 hours of filming, I think I got my answer. There were literally gasps when some of the people we interviewed found out that the four largest U.S. banks in the past four years have invested $811 billion in the fossil fuel industry. “This really, actually brought to light things I hadn’t thought of,” Teresa Fudenberg, CEO of outdoor clothing company Storm Creek, said in the film. “I didn’t think to ask my banker where he’s taking my money or the money he’s earning from our interest. What’s he doing with it?”

There were literally gasps when some of the people we interviewed found out that the four largest U.S. banks in the past four years have invested $811 billion in the fossil fuel industry.

Tyler LaMotte, Chief Brand Officer for Jackson Hole Mountain Resort, concluded: “Where you’re putting your money and how that bank is spending your money on things that are contrary to your values—well, that’s a wake-up call for, I think, everybody.”

And that statement contained a simple but important lesson of the film for me: business leaders today can make decisions based on their company’s values, and these decisions can have a real-world impact. Risks and opportunities are of course important to running a company, but so are shared values.

Business leaders today can make decisions based on their company’s values, and these decisions can have a real-world impact. Risks and opportunities are still important, but so are shared values.

Our short film, “What on Earth is Your Company’s Bank Financing?” focuses on how the business decision of where to bank is really no different from any other supplier. The painstaking efforts that many companies make to source materials and services responsibly and sustainably should also be reflected in the choice of bank. This is critical to address the climate crisis. Our planet won’t have a sequel. 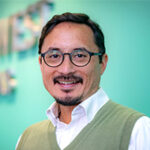 Kevin Plumberg has more than 15 years of international experience as a content strategist, marketer, and journalist. Prior to joining Bank of the West, he designed and led thought leadership programs for The Economist Group, covered financial markets for Reuters, and supported Asia's burgeoning asset management industry with BlackRock.

What on Earth Is Your Company’s Bank Financing?

How many business leaders have considered the role of banks in their sustainable supply chains?